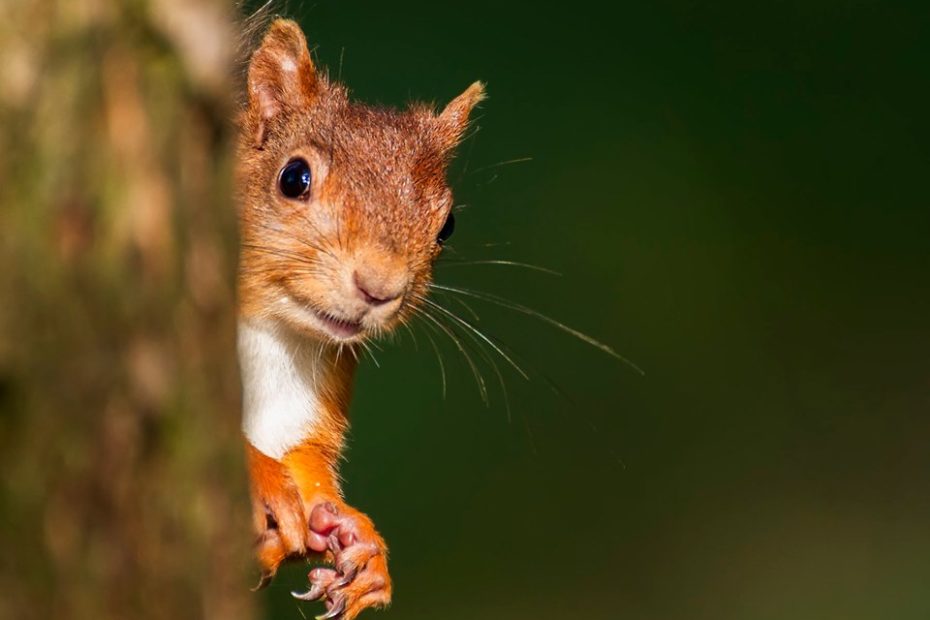 Our Residential Volunteer Sam Mould has been finding out about one of the Lake District’s most infamous and beautiful inhabitants; the Red Squirrel. Here she shares her findings…

The red squirrel Sciurus vulgaris is the only native squirrel in the British Isles. Red squirrel preference is for mixed or broadleaf woodlands that give a wider diversity of species, meaning an increase in the availability of food. Unfortunately, largely due to the non-native grey squirrel Sciurus carolinensis, the population numbers of the red squirrel have plummeted through the disease squirrel-pox and competition for habitat and food. Humans have been responsible for introducing the non-native grey squirrel, but humans also influence the population size by destroying or altering habitats and by causing road casualties.

The red squirrel has been written into Cumbrian literary heritage by Beatrix Potter who created the loveable, but naughty Squirrel Nutkin published in 1903. Her illustrations in the book ‘A Tale of Squirrel Nutkin’ are of St. Herbert’s Island in Derwent Water which is to the North East of RSPB Haweswater.

Red squirrels have long sharp claws to enable them to grip onto trees and a typical big bushy tail for balance whilst jumping and to keep them warm when they sleep. The red squirrel is diurnal, and spends an average of 70% of its time foraging. They cache (hide) food and return to it as the seasons move from autumn into winter and early spring. As the don’t hibernate, they rely heavily upon previously cached food in the winter months, which can include tree seeds, fungi, nuts, berries and young shoots.

They live in nests called dreys, made with moss, leaves, twigs and are often established where a woodpecker has created a hole in a tree. Female (doe) squirrels usually produce 2-3 young ‘kittens’ February – April and a second litter in May – June. The young have a survival rate of 20-50% and sometimes stay with their mothers over their first winter. Outside of this, red squirrels are quite solitary.

You may see mating displays in the trees in early spring and the best time to see them during the day is early morning or late afternoon as they are most active at these times. They rest in the heat of the day to avoid their common predators such as birds of prey and stoats, and pine martens and wildcats in certain ranges.

‘Chuik-chuik’ is the vocalisation sound that they make, it can be loud or soft and is often used to communicate trespassers a foot that may meddle with their food supply or defence for their young around the drey.

Here at RSPB Haweswater we have a strong population of red squirrels. By restoring some native habitat that has been destroyed by human activity and protecting the existing squirrel habitat from further alteration we are helping the plight of the red squirrel which is afforded the highest protection under UK law via the Wildlife and Countryside Act 1981. The mixed or broadleaf woodlands also support our local and visiting bird populations, such as pied flycatcher, redstart and ring ouzel. Thanks to the local council, we also have road signage to remind users that we have an endangered red squirrel population and to drive with care.

To read more about the RSPB’s involvement in supporting the red squirrel, visit the link here. If you would like to learn more about what we are doing at Haweswater to conserve our population, get in touch with Heather at heather.devey@rspb.org.uk.